Our Mera Peak Expedition in November 2017 was led by Almas Khan and our Nepali Sirdar was Pema Sherpa. The climbing Sherpas were Sonam and Lakpa and the cook was Sangram.

In this group we had four climbers coming from UK and USA. The first day of the trip was November 4th and everyone met up on morning of November 5th for the trip briefing from Almas. I also attending the briefing. On morning of 6th the group took the flight into Lukla and after lunch started the walk to Puiyan where they stayed the first night of the trek. The ten day trek to Mera Peak went well with sunny & dry post monsoon weather.

On November 15th the group arrived as planned to Mera Peak Base Camp at Khare at an altitude of 5,000m. For acclimatisation to the high altitude we include two nights at Khare as well as two nights at Tagnag at an altitude of 4,360m. The guides organised rope training in the morning and the group got all of their own climbing gear set up then had a demonstration and practice session on ascending and descending a fixed rope. These mountaineering skills are required for the steep final summit slopes on Mera Peak where fixed rope is placed by the Sherpas to protect this section of the climb.

On November 17th the group left Mera Peak Base Camp and made good progress up to Mera La at 5,415m. Of interest the trail to Mera La now follows the alternative route that I helped find with Domi Sherpa back in November 2012, this has less objective danger from rockfall from ridge above the old route. You can read more about this route to Mera La on our Trip Report from November 2012

On November 18th Almas, Sonam and Domenico arrived to High Camp and then in early morning of 19th set off for the summit. The group made good progress and summited the central summit of Mera Peak at 6,461m with excellent views of the Himalaya including five 8,000m peaks of Mt Everest, Makalu, Kanchenjunga, Lhotse and Cho Oyu. Almas explains in his own words his experience on summit day as follows:

“The best part of the trip was the summit of Mera Peak, it’s a great expedition I would love to go back again. The itinerary is very good with enough time and rest days to acclimatise for high camps and Mera Peak.”

And as for the weather, Almas reports:

“The weather forecasts from everestweather.com sent through to my satellite phone were accurate and very helpful. The weather on the trip was good as it did not rain at all and was typical autumn weather. It did get quite windy as we got to the higher camps and on the day we summited the peak. Overall the weather and views were great.”


Throughout this expedition we received weather forecasts from Michael Fagin at everestweather.com and we sent these onto Almas by text to his satellite phone. Having professional weather forecasts is essential for safety on a summit day of 6,000m+ mountain in the Himalaya and for decision making in the field.

For Mera Peak Expeditions in Nepal we use Mountain Hardwear Trango 3.1 tents owned by The Mountain Company. These are three person domed tents where there is plenty of space for two people sharing a tent plus gear. More importantly these tents are incredibly strong and are designed for use on expeditions to the highest mountains. I have used Trango 3.1s on expeditions to Everest, Makalu, Broad Peak and Kanchenjunga. As long as these tents are well anchored they will survive almost any storm.

I enjoyed meeting Almas and the members of this expedition on their return to Kathmandu and heard their feedback about the trip. Several people made comments how they liked our organisation especially as we sent our cooks and food whereas others groups they met were getting food from the lodges. By bringing our own kitchen means the food is better and also we have more control over the hygiene and cleanliness of food preparation.

This group had a day in hand as they had not used up their spare summit day so the decision was made to walk to Lukla one day early and we were lucky as were able to change their tickets to fly to Kathmandu on November 23rd.

We used SPOT gps tracker for this group, for each night on trek Almas checked in sending a gps signal to us so we could track this group's progress: click here to see the way points overlaid onto a map for Mera Peak Expedition

The Mountain Company has a pledge through AITO Project Protect for our groups to collect at least 120kg of rubbish/ trash in the Himalaya and Karakoram during 2017. Our 2017 Mera Peak Expedition trek has collected 103kg of rubbish and Almas's words:

"We brought back 13 kgs of rubbish from the two camps above Khare back to Khare village and Sona did a great job of collecting at least 90 Kgs of rubbish from the trails and bringing it back to rubbish disposal places at various camp sites and villages". Well done to Almas and Sona, crew and group for an exceptional contribution to our pledge, thank you! 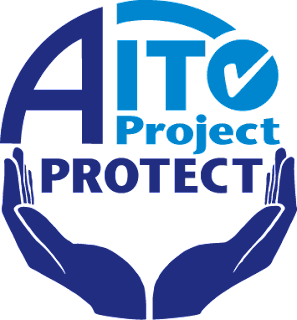 I would like to thank Almas and Pema for their leadership of this group and Sonam and Lhakpa and the rest of the Nepalese crew who as ever worked exceptionally hard throughout this expedition.

Our next expedition to Mera Peak will be in April 2018 and this trip is nearly guaranteed to run. We are also planning an expedition in November 2018, please get in touch soon if you would like to join one of these groups.