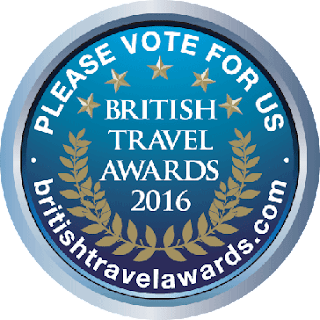 We are delighted to report that The Mountain Company has been nominated for the Best Escorted Adventure Holiday Company category in the prestigious 2016 British Travel Awards (BTAs).

The winners will be determined by the consumer, who has until 30 September to cast their vote, with the successful companies announced at the BTA Gala Awards Dinner, being held in London on 23 November 2016.

The Mountain Company is London based adventure travel company organising remote treks, expeditions and tours to the Himalayan region from Burma, India, Nepal, Bhutan to Pakistan.

British Travel Awards’ chief executive Lorraine Barnes Burton said: “This year there are nearly seven hundred nominations listed against 83 Award categories and competition to win a British Travel Awards will be fierce. In 2015 more than a million votes were cast by the consumer to decide the winners, making the BTAs easily the largest awards programme in the UK. Voting in the 2016 Awards is now open and nominated companies have until 30th September to lobby their happy customers for votes – good luck to The Mountain Company.”

HOW TO VOTE? Please vote for us by September 30th if you think we are the Best Escorted Adventure Holiday Company by clicking here

Hemis Festival in Ladakh in northern India is held every year however every 12 years during Tibetan Year of the Monkey this festival is very auspicious as they celebrate the life of Guru Padamasambhava and Naropa. The birth of Lord Padmasambhava also known Guru Rimpoche is the spiritual leader who introduced Buddhism in the Himalayan Kingdom in early 8th Century.

During this special festival held every twelve year the monks at Hemis monastery unfurl a 12 metre high Thangka and display the holy 6 bones ornament from Naropa. There are dances and plays by masked Lamas representing the good prevailing over evil. The participants of the spellbinding performance are dressed in vibrant costumes and bright masks.

In the court yard of the monastery there is a raised platform with cushioned seats and a finely painted Tibetan table with the ceremonial items such as cups of holy water, rice, tormas made of dough and butter and incense. Musicians play with cymbals, drums, small trumpets and next to them the lamas sit and pray.

At Hemis Festival 2016 will be a large gathering of Drukpa teachers. Drukpa is a lineage or school of Tibetan Buddhism often called “red-hat-sect”. The Drukpa lineage is prominent in Kham (eastern Tibet), Ladakh and Bhutan. Drukpa in Bhutan has a great significance as it is the dominant school and state religion. Outside the monastery there will be many stalls selling food and handicrafts with many travellers enjoying the festivities.

Please note the date of Hemis Festival in 2016 has been delayed from July 14th to September in order to avoid a clash of dates with the visit of His Holiness the Dalai Lama to Ladakh over the summer.

The Mountain Company is organising our classic Ladakh Sky Trail GHT trek in mid August led by Almas Khan, please get in touch if you would like to join this group.