In May 2017 we organised our fourth successful Upper Dolpo to Jomsom GHT trek along The Great Himalaya Trail in Nepal. This year we had twelve trekkers in the group and there was a mix of nationalities with people coming from Australia, UK, Germany, Denmark and Canada. This group was led by Jo Clark (UK), Chandra Rai (Nepal) and Bishwo Rai (Nepal).


Like in previous years, at the start of the trek we chartered a Twin Otter plane from Tara Air for the flight from Pokhara to Juphal rather than flying in from Nepalganj further to the west of Nepal. Luckily this group's flights operated on time and landed safely at Juphal STOL airstrip on May 8th and then walked to Dunai for the first night's camping. It is worth pointing out that Juphal STOL was a grass airstrip however currently (i.e June 2017) is having construction work to black top the runway and this should help improve the reliability & safety of operations at this airstrip in the future.

As a result of the improvements at Juphal airstrip and better hotels now available in Nepalganj such as Hotel Siddhartha (and Soaltee Western Premium opening in September 2017) we plan to fly via Nepalganj for our Dolpo treks in 2018. There are also more planes available in Nepalganj including L410 turbo prop aircraft, these are more powerful with higher carrying capacity of passengers. If we are able to use these planes in the future the key advantage for us is that we can also fly in some cargo including more fresh vegetables. The other consideration is the cost of a private charter plane from Pokhara to Juphal, this is very expensive and increased in 2018 by 10% to US$5,500.

It is worth pointing out that we introduced a new innovation in 2017 by bringing dehydrated vegetables for provisions on all of our camping treks in Nepal. There is a lack of fresh of vegetables to purchase locally in Upper Dolpo region especially during the Spring season and also for this itinerary we are unable to provide a food resupply during the trek. Therefore the only way to provide vegetables throughout the trek is by dehydrating beforehand in Kathmandu. In March 2017 we transported a US made vegetable dehydrator machine and vacuum sealer over to Kathmandu. After training our local office in Kathmandu on these methods we are now producing large quantities of carrots, beans, broccoli, courgette (zucchini), onions, mushrooms pumpkin etc to supply our camping treks.

Using dehydrated vegetables worked very well for our Upper Dolpo 2017 trek and we receive excellent feedback from the group on the quality of the food throughout this trek. The method of dehydrating food is also environmentally friendly as we do not need to bring canned vegetables. As far as we know The Mountain Company is the only operator in Nepal with our own production line for dehydrating vegetables. We are planning to roll this out to our office in Bhutan in July 2017 for the Autumn trekking season.

Our Upper Dolpo to Jomsom GHT group followed a trail near the Suli Gad River for the next three days flowing down from Phoksumdo Lake. On May 11th the group walked through Ringmo village and onto their campsite on the shores of the stunningly beautiful Phoksumdo Lake.

On May 13th the group followed the western side of Phoksumdo Lake along a narrow cliff trail, this is the ‘Devil’s trail’ followed by Thinle in Eric Valli’s film “Himalaya”. The narrow path ascends to a ridge with spectacular views over the turquoise lake to Ringmo village and the peaks of Kanjiroba (6,612m), Norbung Kang (6,085) and Jhyarko Dingla (5,892m). From Phoksumdo Lake North Camp the group starts making the ascent to the first high pass of the trek called Kang La.

There is a lot of wildlife and birds in Upper Dolpo, in previous years our groups were very lucky and saw the elusive snow leopard on several occasions. This year they saw the scat of large cat and this was most likely from a snow leopard. Many herds of blue sheep were seen as these animals are their favourite prey this indicates there is sufficient food to maintain a healthy population of snow leopards in Upper Dolpo.

Of interest this year was the Tibetan wolf seen on top of a ridge while the group were having lunch by a river after Shey----> for more information on Tibetan wolf have a look at Wikipedia page. Other animals seen include stone marten, marmots (lots!), foxes and a jackal.

The weather in Nepal throughout this Spring season has been rather unstable with large amounts of precipitation due to a low pressure system impacting the Nepal Himalaya. Luckily our Dhaulagiri Circuit in April were in the early stages of their trek during the heaviest precipitation. As described in our Trip Report for our April 2017 Dhaulagiri Circuit group there was more snow than usual on the French and Dhampus Passes however this group was able to successfully make the full traverse to Jomsom. Therefore I was quite confident that our Upper Dolpo to Jomsom GHT group would be able to cross the passes however we were expecting to encounter more snow than in previous years.

On May 14th our Upper Dolpo group walked up to Lar Tsa camp however on the next day they were unable to continue onto Snowfield’s Camp due to large amounts of snow on the trail. Luckily our guides have deep experience and knowledge of the Upper Dolpo region and knew about another pass we call “Pass B” known as Nando La that due to its aspect and topography tends to retain less snow than Kang La. Therefore the group descended back towards Phoksumdo Lake and followed a different valley to a high camp then successfully crossed the Nando La pass over to Shey on May 17th. On May 18th the group and crew had a well-deserved rest day exploring Shey and visiting the Bonpo monastery down the valley.


Throughout the trek as this group traversed east through Upper Dolpo region there was very little snow and no issues were encountered on crossing the rest of the high passes. The highest pass Sangda La at 5,100m is known as the crux for groups doing this trek in Autumn season as this is the exit pass out to the Kali Gandaki valley. Sangda La can be snowy and icey however by the time our group arrived crossed on May 29th there was no snow on the summit of the pass so our group was able walked out Jomsom arriving as planned on June 1st.


The group flew out of Jomsom on June 2nd and after a second breakfast at one of the restaurants in Pokhara Lakeside they flew onwards to Kathmandu in early afternoon. That evening I heard everyone in the group enjoyed a meal at K Too steakhouse to celebrate completing this epic journey through one of the most remote regions of the Nepal Himalaya.

Overall this group had fine weather and only two or three days afternoons with cloud and trace precipitation. Throughout this expedition we received weather forecasts from Michael Fagin at everestweather.com and we sent these onto Jo on the satellite phone. Having professional weather forecasts is essential for safety in crossing high passes and for our leaders to make decisions in the field.

Congratulations and well done to this group for making the full traverse from Juphal to Jomsom along a section of The Great Himalaya. I would like to say a big thanks to Jo, Chandra, Bishwo and the rest of the crew for their hard work leading this trek.

We have received positive feedback from this group and please see AITO website for the reviews. I have copied Neil's feedback below:


"I have regularly trekked with The Mountain Company, the itineraries are very well planned, the treks are extremely well led both with Western Leadership and local Sirdar and Guides. This trek in particular there was an excellent relationship and engagement between all the crew and trekkers. It's great to see that as much care is taken regarding the health and well being of the crew on the trek as the clients. The trek leaders have access to high quality weather forecasts and satellite communication. Very well managed trek.


This was an amazing trek in the remote region of Upper Dolpo, trekking through an area strongly influenced with Tibetan culture. The scenery is spectacular trekking through beautiful gorges - never far from a pounding river, staying alongside wonderful villages e.g. Ringmo, Shey and Tinje and spending time alongside side the turquoise blue lake of Phoksumdo.  There is challenge too ... regularly crossing spectacular passes with mountain vistas. The schedule is well planned with additional days to acclimatise, plenty of good food to provide us with the energy to complete the trek and enjoy the area." Neil, Upper Dolpo May 2018

Due to high demand for our Upper Dolpo to Jomsom GHT trek we have decided to organise two departures in 2018, first one will be in May/ June and second one in October. We already have enough people interested to guarantee to run our May departure and there is strong interest in October one too. I suggest you get in touch to register your interest soon if you are considering one of these treks in 2018. 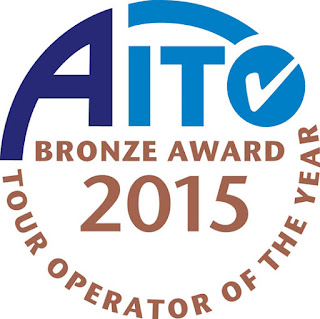