A few days in Bandipur

Between my group leaving last week and the Islamic Relief Everest Challenge arriving on December 5th I had a few spare days so decided to go visit the small town of . Bandipur is located on a ridge above the to Pokhara road and has superb views of the Himalayan peaks to the north (, , Manaslu and Ganesh Himal).

Bandipur has been considerately developed for tourists whereby some of the old houses have been carefully converted to hotels and there are thankfully few concrete buildings like elsewhere in . Compared to the hustle and bustle of Kathmandu Bandipur is very peaceful as vehicles are not allowed into the main square. 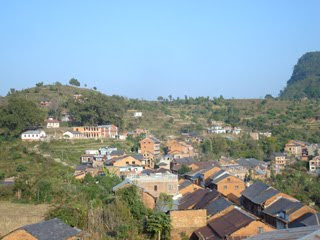 Photo: Bandipur town
The history behind Bandipur is that it was originally a Magar village then in early 19th century Newars moved in to take advantage of its location on the historical trading route from and also the absence of malaria due to its higher altitude. However once the road the Kathmandu to Pokhara road was built lower down in the valley below, Bandipur lost its importance as a trading centre and many people moved out. Since the arrival of tourism the town has been revived and fortunes reversed. 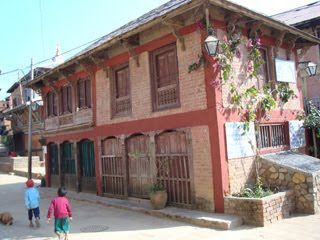 Photo: old library in town square
Bandipur would be a lovely place to visit after a trek or if you only planning on having a short tour of . By wandering around the town and nearby villages you will get a good feel for Nepalese village life. There are several places to visit including a number of temples and also Siddha caves the largest in . 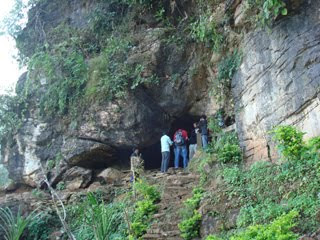 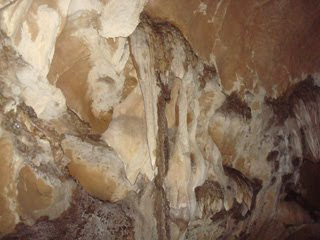 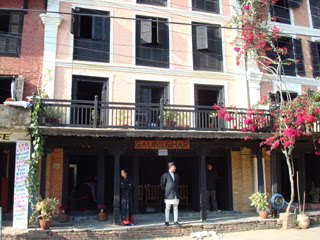 There are some good hotels in Bandipur, by far the best is Gaun Ghar off the main square. This hotel is an old village house that has been restored and renovated into a guest house while preserving the traditional architecture. Other hotels worth considering are Old Inn (next door to Gaun Ghar) as well as Bandipur Mountain Resort.